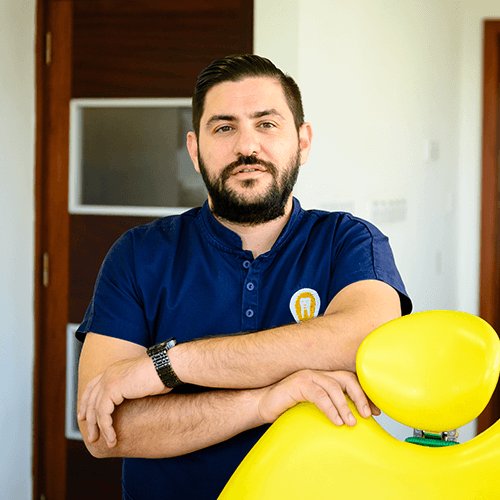 e studied at the university Carol Davila in Bucharest, where he earned his degree as a Dental Surgeon.

After graduation, he started working in a private clinic of Bucharest.

Dr Leonidou always had an interest in children’s health, which made him spend his free time volunteering at Bucharest Children’s Hospital of Pediatric Dentistry, doing his best helping Hospital’s needs.

During that time Dr Leonidou discovered a special bonding with the children which made him extend his studies to a Paediatric Dentist degree.

Dr Leonidou worked in the clinic alongside the president of A.N.S.P.R. (Pediatric Association of Romania), Prof.Dr.Rodica Luca.

Dr Leonidou is a member of the European E.A.P.D. organisation.
He has a very good knowledge of Greek, Romanian and English language.